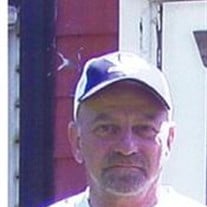 WILLIAM M. "Bill" GARDNER, 59, of Foxburg, Pa. passed away at 6:30 PM Friday evening (12-07-12) at Clarion Hospital following a brief illness. Born in Butler, Pa. on April 3, 1953, he was the son of the late Perry E. "Jack" and Clara Reed Gardner. He was a 1971 graduate of Allegheny-Clarion Valley School at Foxburg. Bill was employed over twenty years with Hickman Lumber Co. of Emlenton, and was later employed by Consolidated Truss Co. at Parker and J.M. Beatty Furniture at Eau Claire. Bill was Episcopal by faith. An avid golfer, he was a frequent player at the Foxburg Country Club, and was an enthusiastic hunter and fisherman. He and his companion Bettie were skilled in the art of gardening. Bill was a member of the Sons of the American Legion. Surviving are his companion Bettie Eva; three children: Barry Gardner of Franklin, S/Sgt. (Ret.) William M. (Brandy) Gardner, Jr. of Ft. Polk, LA., and Brandi Gardner Beggs of Seneca, Pa.; five grandchildren; three sisters: Joyce (Roger) Tremba of Foxburg, Marsha (Donald) Bartley and Patricia (Dennis) Barger, of Parker; two brothers: Robert (Judy) Gardner of Shippenville, Pa. and Michael (Beth) Gardner of Emlenton; number of nieces and nephews. In addition to his parents, he was preceded in death by a brother, Donald E. Gardner on October 6, 2010. Friends may call from 2-4 and 6-8 PM Tuesday at H. Jack Buzard Funeral home, 201 So. Wayne Ave., Parker, and at the church for an hour preceding the funeral service. Funeral services will be held at 11:00 AM Wednesday at the Parker United Methodist with Rev. Ken Hughes, church pastor, officiating. Private burial will follow at a later date in the Foxburg Cemetery.

The family of William M. Gardner created this Life Tributes page to make it easy to share your memories.

Send flowers to the Gardner family.