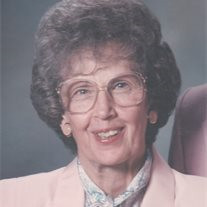 VIOLET RACHEL LINAMEN, 93, of Bruin, Pa. passed away at 3:19 PM Wednesday at the home of her daughter, Roberta Fox , surrounded by her loving and caring family. Born in Concord Township, Butler Co. on June 15, 1925, she was the daughter of the late Herbert and Violet Black Morrow. A graduate of the former Concord High School at Hooker in 1944. While in High School and after, Rachel worked at the former Kuhn's Store in Hooker. She had owned and operated Linaman’s Flower Shop in Bruin for fifteen years, and Linaman’s Dress Shop in Bruin. Later in her life she worked at the former Level Works in Parker.  A longtime, devoted member of the Faith Community Church - Bruin (a United Methodist Church), Rachel was a member of the United Methodist Women, member and past president of the Church Council, and had taught both Sunday School and Bible School for many years. She was a devoted wife, wonderful mother, and took much pride in the care of her home, both inside and the outside yard and gardens.  An avid reader, she also assisted helping care for grandchildren as health permitted. Surviving are three daughters:  Roberta (Keith) Fox, Michele Linamen, and Marcia (Brent) Brown, all of Bruin; one son:  David (Elaine) Linamen of Butler; grandchildren:  Elizabeth Fox Emanus (Finny), Jonathan (Janice) Fox, Joshua Michael, William Michael (Anna), Jason Brown, Ashley Thompson (Jimmy), Julie Hemmingway (Alex), and John (Michael) Linamen; a step grand son Nathan Michael;  six great grandchildren: Benjamin Brown; Riley and Cooper Michael; Natalie fox; Nolan and Declan Emanus. Two step-great grandchildren; Dane and Colin King. Sisters-in-law:  Joanne, Marlene, and Jean Morrow; number of nieces and nephews and a brother in-law: Rev. James Houpt.  In addition to her parents, she was preceded in death by her husband John Linamen who she married on February 11, 1950 and who passed in 1987.  The last survivor of the Morrow family, she was preceded in death by sister Donna Hutchison and five brothers:  Joe, Richard Lee, Quay, Robert, and Darrel Morrow. Two sisters-in-law: Aldean and Patricia Morrow. The family sends a special Thank-You to care-takers Bonnie and Becky as well as the nurses of Concordia and Butler VNA for their love, compassionate care and thoughtfulness.  Visitation 2-4 and 6-8 PM Saturday at H. Jack Buzard Funeral Home, 201 So. Wayne Ave., Parker.  Funeral services 1:30 PM Sunday at Faith Community Church-Bruin (a United Methodist Church) with Rev. Floyd Barnhart, church pastor, officiating.  Burial in Concord Cemetery, Hooker, Butler Co. In lieu of flowers, the family suggests  memorials to Faith Community Church _ Bruin, Pa.  16022

VIOLET RACHEL LINAMEN, 93, of Bruin, Pa. passed away at 3:19 PM Wednesday at the home of her daughter, Roberta Fox , surrounded by her loving and caring family. Born in Concord Township, Butler Co. on June 15, 1925, she was the daughter of the... View Obituary & Service Information

The family of Violet Rachel (Morrow) Linamen created this Life Tributes page to make it easy to share your memories.