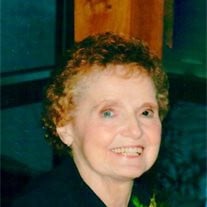 Velma Ruth Pennington, 73, of Bruin, Pa., passed away at the Butler Memorial Hospital on Saturday evening August 29th following a lenghty illness.  Born in Kaylor, Pa. on Jan. 8, 1942, she was the daughter of the late Kenneth R and Myrtle Clare Weigle Hillwig. She attended Kaylor Elementary School and graduated from East Brady High School in 1959. In later years, she attended classes at Butler Co. Comm. College and Slippery Rock University. In early years, she attended the Berean Baptist Church at Kaylor, where she was involved with the youth group, taught Sunday School, and served as pianist. Velma was a “stay-at-home” Mom until 1985.  She devoted her time to family, church, and community.  She was a Girl Scout leader for ten years, involved with Int’l. Order of Rainbow, Mother Advisor to Chicora Assembly (Rainbow) and member of the Advisory Board.  She taught Sunday School and served as children’s dept. pianist at the then Martinsburg Presbyterian Church.  She chaperoned many trips and activities when her children attended the Bruin school and Karns City High School. She was employed at OPM-FIPC in Boyers from where she retired. Velma enjoyed scrapbooking and researching family history (geneology). She also enjoyed dining out with her family. She was a member and past worthy matron of OES Chapter 60 of Parker, the Martinsburg Church of Bruin, Brady’s Bend Historical Society, and the Foxy Lodge of Red Hat Ladies. She is survived by her husband, Robert L. Pennington whom she married Oct. 20, 1962; two daughters:  Marilou (Tom) von Gunden of Cleveland, OH and Kathy (Tom) Wagner of Buffalo, NY; one son: Robert L. (Beth) Pennington of Bruin; three grandchildren: Rebecca Pennington, Thomas Wagner, Jr., and Caitlin Wagner;  four sisters: Twila Williams of Kaylor, Doris (David) Bevington of Springville, NY, Anna (Carl) Emanuelson of Sugarcreek Twp., Pa., and Dixie Bryant of Kaylor; two brothers: Darrel (Margie) Hillwig of Bruin and Dean (Andrea) Hillwig of Kaylor; one sister-in-law: Carolyn Hillwig of Kaylor; twenty-one nieces and nephews. In addition to parents, she was preceded in death by a grandson, Alex Pennington, and three brothers:  Clyde Pennington and James (Jim) Hillwig and an infant brother.

Velma Ruth Pennington, 73, of Bruin, Pa., passed away at the Butler Memorial Hospital on Saturday evening August 29th following a lenghty illness.  Born in Kaylor, Pa. on Jan. 8, 1942, she was the daughter of the late Kenneth R and Myrtle Clare... View Obituary & Service Information

The family of Velma Ruth Pennington created this Life Tributes page to make it easy to share your memories.