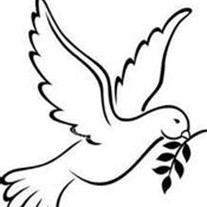 TIMOTHY JOSEPH EDWARDS, 92, of Trinity Living Center, Grove City, Pa. passed away Tuesday morning (08-21-12) at Allegheny General Hospital in Pittsburgh following a period of failing health. Born in Crown, Clarion Co., Pa. on December 8, 1919, he was son of late Timothy Frank and Loretta Ann Castner Edwards. A veteran of World War II serving in the U.S. Army, he attained the rank of Master Sergeant. He served in Australia, New Guinea, and the Philipines. He attended Grove City College for a number of terms. Tim served as freight agent for the Bessemer-Lake Erie Railroad for many years, primarily working at the Branchton Station. He was affiliated with the Church of the Beloved Desciple at Grove City. Surviving are a daughter: Mary Catherine McAllister of Pittsburgh; four sons: Timothy Paul Edwards of Greenville, Patrick Thomas Edwards of Mechanicsburg, Leo Joseph Edwards of Springfield, VA., and John Girard Edwards of Stillwell, KS.; six grandchildren and a number of nieces and nephews; one sister: Grace Thompson of Canton, Mass.; one brother: Robert Edwards of MontclaIr, NJ. In addition to his parents, he was preceded in death by his wife, Teresa Jackson Edwards whom he married Jan. 15, 1949 and who passed away Feb. 9, 2005. He was also preceded in death by three siblings: Kathleen Getty, Richard and Leo Edwards. Friends may call from 6:00 to 8:00 PM Friday at H. Jack Buzard Funeral Home, 201 So. Wayne Ave., Parker. Mass of Christian Burial will be celebrated at 11:00 AM Saturday at St. Michael's Catholic Church, Emlenton with Monsignor Jan Olowin as celebrant. (Everyone meet at Church). Burial will follow at St. Michael's Church Cemetery in Emlenton. To view/send condolences, flowers, sympathy cards, visit www.buzardfuneralhomes.com

The family of Timothy Joseph Edwards created this Life Tributes page to make it easy to share your memories.

Send flowers to the Edwards family.