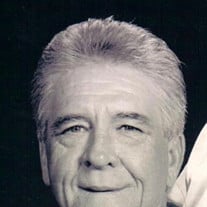 Steven J. Myers 69 of Parker, Pa went home to be with the Lord on Wednesday July 6, 2016 at his home Surrounded by his wife and children after a long courageous battle with lung disease. Steven was born Nov, 8, 1946 in west freedom, PA.  He was the son of the Late Richard and Lillian Fox Myers Steven graduated from Parker High School in 1966. After working for Glass Containers for 17 years, he pursued a career in working for Griffith motors in Greenville. Steven and his wife have owned several businesses during the years. Steven was a township Supervisor for several years.  He spent the last several years working within the local Amish community.  While spending time with the Amish, the relationship became much more than a just work, as it grew into a deep friendship. Steven was very proud of serving his country in the Marine Corps from 1966 to 1968. Basic Training at Parris Island, South Carolina, also stationed in Camp Lejeune, Jacksonville, North Carolina.  Finishing his Military service at Camp El Toro, California working with chemical warfare.  Honorably discharged in 1968 as an E4 Corporal. Steven enjoyed hunting with his son, Steve and Brother Dan. He also enjoyed spending time at the hunting camp with all his buddies. Steven was well known as an entrepreneur, some have said he could sell ice to an Eskimo. One of his longtime desires was to travel west and pan for gold. He also enjoyed traveling and camping and spending time with children and grandchildren. Father’s Day 2016 he was unable to go camping so his family camped in Steven’s back yard to celebrate. Steven was married to Pamela Terwint in August 20, 1983 at the home of best friend Billy Bobbert in West Monterey. Surviving are his children, Steve Myers and wife Sarah of Parker, Tammy Elder and husband Len of Parker, Sheila Gothe and husband Robert of Kennerdell, Sue Baylor and husband Eric of Knox, Cortney Chalmers and husband Bryn of Parker, Misty and Mike Heeter of Callensburg. Several grandchildren, all a very special part of their grandpa’s life; Hadley, Landon, Lane and Trent Chalmers, Ezra and Natalie Myers, Alexa Heeter, Braden Baylor, Olin Gothe, Tye and Rebekah Elder. Surviving are a brother Dan Myers and wife Kim of Parker, sisters, Kathy Hepner and husband Scott of Utica, Ohio, and Peggy Elliott and husband Gayle of Parker, Pa.  along with numerous nieces and nephews.  In addition to his parents, he was preceded in death by a sister Rita Myers-Geise and a very close cousin Gary Myers of Shreveport, Louisiana. Steven was affiliated with Parkhill Church of God and a member of the Methodist Church both in West Freedom, Pa Funeral arrangements will be by H. Jack Buzard Funeral Home in Parker, Pa. Friends will be received on Monday, July 11, 2016 from 1pm thru 8p.m. at Parkhill Church of God in West Freedom, PA.  A Celebration of Life on Tuesday, July 12 at 11 am. A military service will follow and Burial will be in West Freedom Cemetery.  Memorial contributions may be made to Clarion/Venango Hospice in Steven’s honor.

Steven J. Myers 69 of Parker, Pa went home to be with the Lord on Wednesday July 6, 2016 at his home Surrounded by his wife and children after a long courageous battle with lung disease. Steven was born Nov, 8, 1946 in west freedom, PA.  He... View Obituary & Service Information

The family of Steven J. Myers created this Life Tributes page to make it easy to share your memories.

Send flowers to the Myers family.