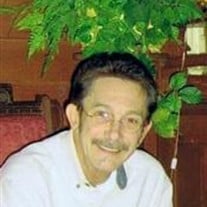 ROBERT W. LAVERICK, 65, of Parker passed away Thursday evening (10-03-13) at Good Samaritan Hospice a�" Concordia a few hours after transfer from Butler Memorial Hospital following complications due to a lengthy illness. Born in Clymer, Pa. on October 2, 1948, he was the son of the late Robert and Alberta Folckemer Laverick. He was married on April 20, 1974 to the former Joyce Limegover, who survives. Mr. Laverick was affiliated with the Catholic faith most of his adult life. Bob worked in management positions in his lifetime, and retired from JoAnn Fabrics due to ill health. Bob proudly served his country for over three years in the U.S. Navy during the Viet Nam Conflict. Honorably discharged in 1968, he earned the National Defense Service Medal, the VietNam Service and VietNam Campaign Medals, and the Navy Unit Commendation Medal. He was a member of both the VFW and American Legion of Parker. In his retirement, he selflessly served as manager/coordinator of finances at VFW Post 7073 at Parker, and Bob spent countless hours arranging photos and citations of local veterans for display in the VFW Post. As health permitted, he fulfilled a personal obligation to participate in fellow veterans funeral services. In addition to his wife Joyce, he is survived by three children and spouses, Robert D. (Karin) Laverick of Slippery Rock, Cory (Doug) Kamer of Saxonburg, and Sara (Michael) Stewart of Emlenton. A devoted Grandpa, he is survived by three granddaughters, Andersen Kamer, Madelyn and Gillian Stewart. Also surviving are siblings David (Kathy) Laverick of Overland Park, KS and Sandra (Larry) Malec of Johnstown as well as number of nieces and nephews. Friends may call from 2-4 and 6-8 PM Sunday at Buzard Funeral Home, 201 So. Wayne Ave., Parker. Mass of Christian Burial will be celebrated at 11:00 Monday at St. Michael the Archangel Catholic Church in Emlenton with Father William Barron officiating, with interment to follow at St. Michael Cemetery in Emlenton. Members of VFW and American Legion Posts of Parker will conduct complete memorial services at 7:30 PM Sunday in the funeral home.

The family of Robert W. Laverick created this Life Tributes page to make it easy to share your memories.

Send flowers to the Laverick family.