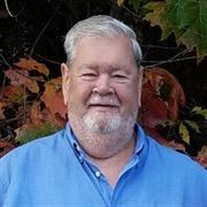 ROBERT EUGENE “Bob” GATES, 74, of Emlenton, Pa. passed away Saturday, Dec. 11, 2021 at Butler Memorial Hospital following an illness. Born in Alum Rock, Pa. on April 1, 1947, he was the son of the late Kenneth and Olive Elder Gates. He was married on December 22, 1967 to the former Roberta “Bert” Sullivan who survives. A graduate of Allegheny-Clarion Valley School District in 1965, he served with the U.S.Army during the Viet Nam era from 1966 through 1968.  He was Honorably Discharged with the rank of SP/5 and earned the Expert Badge (Rifle) and the NDSM.  He was a longtime member of the American Legion. He served as a foreman with Car Mate Trailers from where he retired. A dedicated Christian, Bob was last affiliated with the Fern Evangelical Church of Kossuth. He held many close relationships with many Church of God pastors during his lifetime, and along with his wife,  served the Whitehall Church of God Campground at Emlenton for many years.  He mowed the Campground for over ten years, and he and “Bert” worked the kitchen for various camps held during the summer. A true outdoors-man, he was an avid hunter, enjoyed camping with his family, and was known for his ability in reloading ammunition. With attention to family, he and his wife were devoted to their children and grandchildrens'(and great) sports and school events. Bob was a man of great stature, and will long be remembered for his frequent “bear hugs” given as a greeting to his friends. Surviving in addition to his beloved wife are three children and spouses:  Sandy (Tim) Callender of Parker, Jamie (Dan) Emings of Clarion, and Randy (Vicki) Gates of Emlenton;  six grandchildren: Joseph (Nitosha) and Jessica Callender, Logan and Lauren Emings, Ashley (Matthew) Kellerman and Devin (Brittney) Gates;  two great-grandchildren: Ariella Kellerman and Shae Callender, as well as nieces and nephews. In addition to his parents, he was preceded in death by his brother Gerald (Gerry) Gates. Visitation will be from 2-4 and 6-8 PM Wednesday at Trinity Point Church of God, 180 West Trinity Dr., Clarion (16214), Pa. and at the Church for an hour preceding the funeral and committal service on Thursday at 11:00 AM.  Pastors Garry Bates, Shawn Morgan, and Bruce Wilson will officiate at the services.  Due to the Covid-19 Pandemic, the use of masks and social distancing is suggested.

The family of Robert “Bob” Eugene Gates created this Life Tributes page to make it easy to share your memories.

Send flowers to the Gates family.