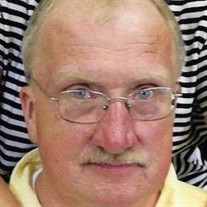 RALPH W. “Butch” EMERY, 70, of Callensburg, Pa. passed away late Tuesday night (08-24-21) at Allegheny General Hospital, Pittsburgh of complications following a vehicular accident near Dayton, Pa. earlier in the day. Born in Butler, Pa. on October 17, 1950, he was son of Wilbur and Mary Gates Emery. He was a 1970 graduate of Allegheny- Clarion Valley School District, and was Protestant by faith. “Butch” and his wife Sandy owned and operated Emery’s Outlet in Callensburg from 1985 to 2013. Following that occupation, he let his many hobbies become projects that he never considered “work”. He had an innate ability to build, repair, (and maybe sell), and work with anything mechanical. The favorite “hobby” involved lawn mowers of any type including lawn tractors. It must be mentioned that many Callensburg residents called upon “Butch” for house repairs-small or large, and he thoroughly enjoyed mowing lawns for seniors or others who just needed help. He and Sandy owned and maintained rental properties in the Borough. He was a former member and past fire chief of Callensburg-Licking Twp. Volunteer Fire Department. He is survived by his wife Sandra “Sandy” Kriebel Emery; three sons: Barry (Amy) Schons of Rimersburg, twins Torrey Emery of Emlenton, and Corey (Kayla) Emery of Slaghters, KY.; four grandchildren: Ryan Schons, Brynlee, Hollie, and Annie Emery; one sister Carolyn Myers of Shreveport, LA., and one brother Kirby (Kimberly) Emery of Knox, and a number of nieces and nephews. In addition to his parents, he was preceded in death by brother-in-law Gary Myers. Visitation 3-7 PM Saturday at H. Jack Buzard Funeral Home, 201 So. Wayne Ave., Parker. Memorial service will be held Sunday (08-29) at 1:30 PM in the Callensburg United Methodist Church with Rev. Deryl Larsen, church pastor, officiating

The family of Ralph William "Butch" Emery created this Life Tributes page to make it easy to share your memories.

Send flowers to the Emery family.