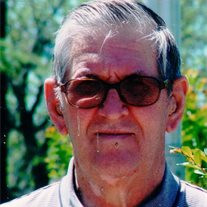 Paul E. Burke, 78, of Emlenton, Pa., prominent Eau Claire insurance representative, passed away early Wednesday evening at Serenity House in Shippenville, Pa. following a lengthy illness. Born near Eau Claire on July 12, 1937, he was the son of the late Paul A. and Minnie C. Dally Burke. He was married on April 22, 1960 at St. Mark Church at Monroe, Clarion Co., Pa. to L. Diane Best Burke who passed away May 31, 2005. Paul was a longtime member of East Unity Presbyterian Church in Cherry Valley where he served as trustee, elder, and church treasurer. He was a 1955 graduate of the former Emlenton High School, and had attended Point Park and Robert Morris colleges in Pittsburgh as well as earning credits at the former Pa.  Military College. He began an insurance career with Nationwide Insurance Co. in 1969, and in 1972 established the Paul E. Burke Agency in Eau Claire. In 2009 the agency was changed to another firm of which Paul was associated for a number of years. He served with the United States Marine Corps for nearly eight years from which he was honorably discharged with the rank of Lance Corporal on Dec. 7, 1963. Paul was long active with Rotary International serving with Dormont/Mt. Lebanon, Brandywine, and finally many years with Parker Rotary clubs.  While involved with Parker Rotary, he served many years as co-chair with the Hartman Golf Classic at Foxburg Country Club. A member of Foxburg Country Club, he served many years as a board member, and was a board member of the American Golf Hall of Fame at Foxburg.  Beginning in 1982, he initiated the Scrubgrass Invitational  held annually at Foxburg. Paul was an avid hunter, and was a life member of the NRA, and also a life member of the North American Hunting and Fishing Association. He is survived by two sons and wives:  John P. and Stacy Burke of Pleasantville, Pa. and Jeffrey L. and Dina Burke of Clayton, NC; six grandchildren:  Sarah, Annah, Noah, Avah, Isabelle, and Jason Burke; one brother and wife, Harold and Joanne Burke of Emlenton;  many nieces and nephews;  two sisters-in-law:  Mary and Shirley Burke. In addition to his wife and parents, he was preceded in death by two brothers, Floyd and Samuel Burke, and one sister Margaret “Peg” Burke Rankin. Friends may call from 2-4 and 6-8 PM Friday at H. Jack Buzard Funeral Home, 201 So. Wash. St., Eau Claire.  Funeral service will be held at 11:00 AM Saturday at East Unity Presbyterian Church (no prior visitation at church), Cherry Valley with Rev. Dr. Paul Schaffer, church pastor, officiating.  Burial will follow at East Unity Church Cemetery.

The family of Paul E. Burke created this Life Tributes page to make it easy to share your memories.

Send flowers to the Burke family.