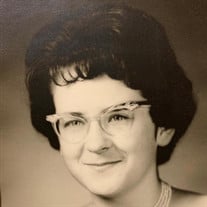 MARJORIE KAY “Margie” HORNER, 73, of Dutch Hill, Parker, Pa. passed away Friday afternoon (10-02-20) at Clarion Hospital following a period of declining health. Born in Cherry Run, Clarion Co. on January 19, 1947, she was the daughter of the late Jesse Jewell and Ruth Greenawalt Stitt. She graduated from Union High School in Rimersburg in 1966 and later married Lanny Horner on March 16, 1968, and he survives at Dutch Hill. She and her husband were longtime and faithful members of Callensburg First Church of God. In her working career, she was employed at former Class Containers at Parker, Clarview Nursing Home at Sligo, and retired after sixteen years at the Emlenton Truck Stop (Plaza) as a cook. She also worked closely with husband Lanny at the Horner Fur Post Trading at Dutch Hill, hunting and trapping supply business for thirty-one years traveling extensively throughout Pennsylvania and many other regions. In addition to her husband, she is survived by three sons: Kevin Horner at Knox, Christopher and wife Donna at Clarion, and Brian also at Clarion; two grandchildren: Ragan Horner and Jonathan Horner; great-grandchild Ryan Horner; sister Meriam Shook of Sligo and brother Connell Stitt of Knox. In addition to parents, she was preceded in death by sisters Edna Swartzfager and Pat Hawk, and brothers Edgar, Ronald, and Gary Stitt. Margie will be remembered as a loving wife, mother, grandmother, sister-in-law, aunt, and friend to many. She enjoyed crocheting, cooking, baking, gardening, and canning. A private family visitation and service will be held Tuesday at Buzard Funeral Home in Parker. Burial will follow later at Mt. Calvary Cemetery in Dutch Hill.

The family of Marjorie Kay Horner created this Life Tributes page to make it easy to share your memories.

Send flowers to the Horner family.