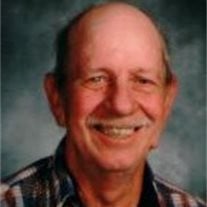 MALCOLM RONALD “Ron” MORGAN, 70, of Dutch Hill (Parker), formerly of Miola, Pa., passed away suddenly at noon Saturday (12-05-15) at his residence in Perry Twp. of natural causes. Born in West Sunbury, Butler Co. on June 22, 1945, he was the son of the late John A. and Daisy Smith Morgan. A veteran of Viet Nam service, he was honorably discharged from the U.S.Army with rank of SP/4. Known as “Mr. Fix-It”, he was well known for his wood working and general maintenance repair skills. At the time of his death, he was employed by Immaculate Conception Church and School in Clarion.  He had previously been employed by Keystone Shortway “76”, and had served as mechanic, coach, and school bus driver with Country Trails Bus Co. He had worked for twelve years with the former glass company in Parker.   Survived by his wife, Lola P. Barbara Morgan, with whom he had just recently celebrated their fiftieth anniversary (Oct. 15, 1965), and three daughters: Rosa (Brian) Wolfe of Knox, Mary (Alfred Ganss) Mays of Clarion, and Chrysta (Rob Hovis) Scott of Strattenville; eleven grandchildren and nine great-grandchildren survive.  Survived by eight siblings: Stella Shumaker of Butler, Eleanor Shucker of Ohio, Rachel Steele of New Bethlehem, James Morgan of Apollo, Danny Morgan, Abbie Shanner, Ralph Morgan, and Lou Ann Croyle - all four of Kittanning.  Also number of nieces and nephews. In addition to parents, he was preceded in death by a daughter and grandson, Lisa and Keith Morgan in an automobile accident on July 10, 1991, and a brother John Morgan. Friends may call from  3:00 to 7:00 PM Wednesday at H. Jack Buzard Funeral Home, 201 So. Wayne Ave., Parker where funeral services will be held at 7:15 PM officiated by Rev. Corbin Russell of West Freedom United Methodist Church.  Private burial Thursday morning at Perryville Cemetery, near Parker. Members of VFW and American Legion Posts of Parker will conduct a veteran service at 4:00 PM Wednesday in the funeral home.

The family of Malcolm "Ron" Morgan created this Life Tributes page to make it easy to share your memories.

Send flowers to the Morgan family.