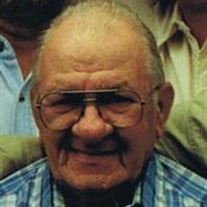 LEWIS C. DITTMAN, Sr., 86, of Richland Township, Emlenton, Pa. passed away at 12:08 AM Wednesday (05-04-11) morning at his residence surrounded by his loving family. Born July 1, 1924 in Richland Twp., Clarion Co., he was the son of the late Clifford Eugene and Rachel Brothers Dittman. Lew was a retired truck driver, and was affiliated with the Teamster's Union of Kittanning. A veteran of World War II, he was honorably discharged from the U.S. Army with the rank of corporal. He entered the service Aug. 16, 1943 and was discharged Jan. 20, 1946. He served in New Guinea and with the liberation of the Philipines. He earned the Good Conduct Medal, the Bronze Arrowhead, World War II Victory Medal, the Asiatic-Pacific Theater Medal with two Bronze Stars, and the Philipine Liberation Theater Medal with one Bronze Star. Mr. Dittman was also awarded the Combat Infantry Badge. He was a life member of VFW Post 7073 of Parker, and was a life member and past commander of American Legion Post 636 of Foxburg. He was protestant by faith. Lew was a member of Canby Lodge F. and A.M. #520 of St. Petersburg, Valley of Oil City Scottish Rite, New Castle Consistory, ZemZem Shrine of Erie, and the Elk County and Clarion County Shrine Clubs. He is survived by his wife, Ruth Bednarek Stanley Dittman; two daughters: Bonnie Dittman of Butler and Deborah (Jerry Beers) Facciani of St. Petersburg; four step-children: Steven Stanley, Mary Helen Fager, and Bill Stanley, all of Michigan and Ann (Dana) Butler of Emlenton; eleven grandchildren and several great-grandchildren; three brothers: Wayne (Kay) Dittman, Sr. of Emlenton, Ben Dittman of Indiana, and John (Mary Jane) Dittman of Emlenton; several nieces and nephews. In addition to his parents, he was preceded in death by his first wife: Phyllis Lucille Teats Dittman on Dec. 8, 1982, a son Lewis C. Dittman, Jr. on July 1, 2007, a grandson Bretton E. Dittman on June 29, 2003; also preceded by a youthful brother: Richard Dittman in 1927 and two sisters: Esther Brodock and Ruby Sollinger. Friends may call from 2-4 and 6-8 PM Friday at H. Jack Buzard Funeral Home, 201 So. Wayne Ave., Parker. Funeral service at 11:00 AM Saturday in the funeral home. Burial in St. Petersburg Cemetery. VFW and American Legion Posts will conduct veteran service at 10:45 AM Saturday in the funeral home. Canby Lodge #520 will conduct Masonic Service at time to be announced through the Lodge. In lieu of flowers, the family suggests memorials to Clarion-Forest VNA, Clarion, Pa. 16214.

The family of Lewis C. Dittman created this Life Tributes page to make it easy to share your memories.

Send flowers to the Dittman family.