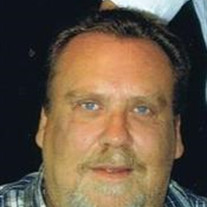 LELAND H. "Lee" WALTERS, 49, of Hilliards, Pa. passed away at 6:00 AM Thursday (01-09-14) at his residence of natural causes. Born in Butler, Pa. on May 20, 1964, he was the son of Frank Walters, Sr. of Sharon who survives and the late Georgetta Reedy Walters. He was employed in the parts department of Hunter's Truck Sales of Eau Claire for over twenty years. Lee was protestant by faith. In addition to loving and caring for his family, he enjoyed the sport of hunting. Surviving are his wife, Esther Jane Early Walters whom he married June 23, 1990. Also surviving are one son, Ryan Walters at home, and two daughters, Holly (Jason) Switzer of Hilliards and Trisha Walters and fiancee Zack Kusner of Hilliards. In addition to his father, he is survived by one brother, Frank Walters, Jr. of Florida, and two sisters and husbands, Terry (Ronald) Lassinger and Debbie (Brent) Isanogle, all of Saxonburg, as well as four grandchildren, one great-grandchild, and a number of nieces and nephews. Friends may call from 2-4 and 6-8 PM Saturday at H. Jack Buzard Funeral Home, 201 So. Wash. St., Eau Claire. Funeral services will be held at 2:00 PM Sunday in the funeral Home.

The family of Leland H. Walters created this Life Tributes page to make it easy to share your memories.

Send flowers to the Walters family.