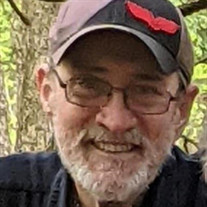 LARRY JAMES TURNER,69, of Foxburg, Clarion Co., Pa., formerly of the Johnstown area, passed away Sunday morning (04-03-22) in Foxburg of natural causes. Born in Johnstown, Pa. on March 13, 1953, he was the son of the late Wallace Haganback and Helen Virginia Wright Turner. He was married to the former Patricia Ann Christon for over fifty years, and she was the true love of his life. She survives. Both he and his wife were former members of the Franklin St. Methodist Church in Johnstown, and they were married in that church. A “jack of all trades”, he had worked in the auto business, was a business owner, and became a professional–certified dog trainer. He trained service dogs for the disabled and other agencies. Mr. Turner was a diehard Steeler fan and loved baseball, hunting, and fishing. He was a great storyteller with a wild and crazy sense of humor and had a big heart to help others. In addition to his wife, he is survived by three daughters: Lisa (Wayne) Hoffman of Northern Cambira, Tina (Scott) Cox of Ohio, and Kelly (Paul) Fleegle of Winber. One sister: Sally Wingard of Johnstown. One brother: John (Diane) Turner Sr. of Harrison, OH. Eight grandchildren: Danielle, Travis, Leigha, Allaxandria, Madison, Hanna, Shane, and Austin. Eleven great grandchildren: Carson, Deegan, Raelynn, Braxton, Weston, Cooper, Izzy, Abel, Lilly, Jaxon, and due soon: Lianna. In addition to his parents, he was preceded in death by his sister: Judy Steakley, and his Aunt Alice Wright. A memorial service will be held at later date. All arrangements are being cared by Buzard Funeral Homes in Parker. To view/send condolences, sympathy cards, flowers visit www.buzardfuneralhomes.com

LARRY JAMES TURNER,69, of Foxburg, Clarion Co., Pa., formerly of the Johnstown area, passed away Sunday morning (04-03-22) in Foxburg of natural causes. Born in Johnstown, Pa. on March 13, 1953, he was the son of the late Wallace Haganback and... View Obituary & Service Information

The family of Larry James Turner created this Life Tributes page to make it easy to share your memories.

Send flowers to the Turner family.