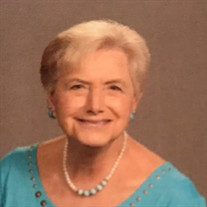 KAREN J. SHIREY, 74, of Perryville, Parker, Pa. passed away early Saturday morning at her residence of natural causes. Born in Perry Twp., Clarion Co., on August 27, 1947, she was the daughter of the late Paul and Sarah Cotterman Callendar. She was married on Nov. 1, 1969 to Dennis William “Bill” Shirey who passed away Mar. 24, 2008. She was a graduate of Allegheny-Clarion Valley School District, class of 1965. Following graduation, she began a lifelong career in the retail automotive industry, first as a secretary with the former Emil Long Motors at Emlenton.  In 1984 she began employment with the Troy-Alan Automobile dealership in Slippery Rock from where she never retired.  Beginning as a secretary, she worked through various positions with Troy-Alan including as a controller at the time of her passing.  She looked forward daily to the trip from Perryville to Slippery Rock where she worked daily with her “automobile family”. She also found strength and support from her church family at Park Hill Church of God in West Freedom (near Parker), from where she shall be sorely missed. Karen loved her home and tended to her gardening and floral displays with joy, enjoyed hours in her pool and hot-tub, and loved the outdoors in general. She is survived by her sister with whom she spent many happy hours, Linda Callendar of Sligo, Pa. and her brother Richard and wife Karen Callendar of Bruin, Pa.;  also a number of nieces and nephews. Visitation from 2-4 and 6-8 Wednesday at H. Jack Buzard Funeral Home, 201 So. Wayne Ave., Parker, and from 10AM to 11:00 AM Thursday at Parker Hill Church of God, 3314 Lime Plant Rd., West Freedom (near Parker).  Funeral services from the Church at 11:00 AM with Pastor Eric Mitchell, church pastor, officiating.  Interment will be at Mt. Calvary Cemetery, Dutch Hill, Pa.

KAREN J. SHIREY, 74, of Perryville, Parker, Pa. passed away early Saturday morning at her residence of natural causes. Born in Perry Twp., Clarion Co., on August 27, 1947, she was the daughter of the late Paul and Sarah Cotterman Callendar. She... View Obituary & Service Information

The family of Karen J. Shirey created this Life Tributes page to make it easy to share your memories.

Send flowers to the Shirey family.