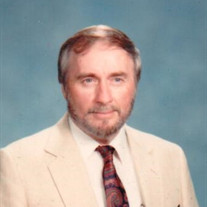 JOHN A. MONG, 81, of West Monterey (Parker), Pa. passed away Tuesday morning (08-04-15) at his residence of natural causes. Born on May 14, 1934 in West Monterey, he was the son of the late John (Jack) and Marie E. Williams Mong. He was married to the former Janice E. “Jan” Frazer who survives. He was associated with the Cornerstone Church of Clarion. John chose a career with the U.S. Air Force entering the service in February, 1952 and was honorably discharged in July, 1972, having served in both the Korean and Viet Nam wars.  While serving thirteen of his twenty years with the Strategic Air Command (SAC), he qualified as an instrument technician aboard B-47 and B-52 aircraft as well as aerial gunnery technician aboard B-50 and B-52 bombers. Following military retirement, he began employment with Alltel Systems at Knox as a central office switch technician from 1973 through retirement in 1992. He was a member of the American Legion.   Surviving in addition to his wife are one son and wife, Barry A. and Regina Mong of Columbia, MD., one step-daughter and husband Ann D. and Michael Irons of Destin, FL., and one step-son and wife, Matthew and Michelle Lueck of Battle Creek, MI.; also survived by two grandchildren, six step-grandchildren, and one great-grandchild, as well as several cousins.   In addition to his parents, he was preceded in death by one son, Arthur Mong in October of 1991.   A memorial service will be held at 11:00 AM Saturday (08-08-15) at Cornerstone Church of Clarion, 3655 East End Rd., Shippenville, Pa. 16254 with Rev Denzil Smith of Danville, VA., longtime family friend, and Pastor John Green of Cornerstone, officiating. Private interment will be in West Monterey Cemetery.   Members of VFW Post 7073 and American Legion Post 598, both of Parker, will conduct military graveside services at 5:00 PM Saturday at West Monterey.   In lieu of flowers, the family suggests memorials to the Cornerstone Church of Clarion at address above.

The family of John A. Mong created this Life Tributes page to make it easy to share your memories.

Send flowers to the Mong family.