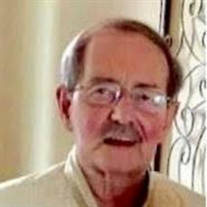 JAY RAYMOND WHYTE, 66, of Matthews (Stallings) NC, formerly of Parker - grocer, volunteer fireman, and avid fisherman- passed away peacefully Friday, August 14, 2020, at his home following a long battle with Polycystic Kidney Disease and its complications. Born in Butler, Pa. on July 15, 1954, he was the son of the late James L. and Esther Bertocki Whyte. He is married to Diane Kriebel Whyte of their home with forty-one years of marriage, and she survives. He is so very grateful for the unwavering dedication, care, and support Diane gave throughout his long illness. Jay graduated from Allegheny-Clarion Valley School in 1972. Long before graduating from school, he began employment with his father at Whyte’s Market of Parker at the age of fourteen. He later became a partner with his late brother, Donald J. Whyte until 1998. Then he and Diane bought the former Rodger’s Comet, and together they operated Whyte’s Comet Market on River Ave. until selling the store in 2017, retiring to North Carolina due to his (Jay) health. Most mornings, Jay could be found mopping and waxing the floors of his operation as he took great pride in having a clean facility. He truly loved visiting with all patrons who came into the store and lending a helping hand to those in need. He was known for his kindness, and as a volunteer, there are countless stories about how “Jay saved several lives” with his ambulance and fire company dedication. He was a volunteer firefighter for 43 years and an EMT for 37 years with Parker City Vol. Fire Dept., as well as a former Rotarian, member of Parker City Municipal Authority, and served on the Parker Centennial Committee. With all of this to his credit, he found time to be fishing on the “Allegheny” with his dog Beefy and going to Canada to fish for Muskie. In addition to his wife Diane, he is survived by three children: Elizabeth (Brian) Allison of Noblesville, IN., Haley (Wade) Barts of Charlotte, NC., and Allen (Savannah) Whyte of Clarksville, TN.; grandchildren Preston and Ella Chandler and Jameson Barts; sister LuAnne Whyte Scruggs of Waxhaw, NC., and brother Eddie (Justine) Whyte of Parker; special aunts: Dolores Bertocki Malcolm and Ella Jane Whyte Frederick; mother-in-law: Marilyn (Jean) Kriebel of Parker, and several nieces and nephews. In addition to his parents, he was preceded in death by brother Donny Whyte and brother-in-law Marvin Scruggs. H. Jack Buzard Funeral Home, 201 So. Wayne Ave., Parker will be open for visitation to the public from 9:00 AM Thursday through 8:00 PM the same day. However, the family will be present from 2:00 PM Thursday until 8:00 PM the same day. Due to Covid-19 Pandemic and CDC/Pa. mandates, a private family funeral service will be held at 11:00 AM Friday in the funeral home with private burial service at Parker Presbyterian Cemetery to follow. Rev. Dan Myers, United Methodist minister will officiate. A Fireman’s Memorial Service will be held at 6:00 PM Thursday (outside) at the funeral home parking area. Masks required and social distancing will be observed under the direction of PCVFD for this service. Due to the CDC and Pa. Dept. of Health mandates, the public is urged to wear masks and practice social distancing during the public-family visitation from 2:00 to 8:00 PM. In lieu of flowers, the family suggests memorial donations to PCVFD, 204 So. Wayne Ave., Parker, Pa. 16049 or Polycystic Kidney Foundation, 1001 E. 101st Terrace, Suite 220, Kansas City, MO., 64131.

The family of Jay Raymond Whyte created this Life Tributes page to make it easy to share your memories.

Send flowers to the Whyte family.