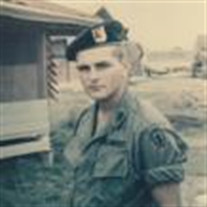 James Richard Sproull (Jim), 75, of Richmond, Va, formerly of Parker, Pa, passed away February 7, 2019, in a Richmond, Va treatment facility following an extended liver ailment. Born October 1, 1943, in Parker, Pa, Jim was the son of Betty Sproull Shakley and James Lloyd Sproull, the late step-father, Dean Shakley, and the step-brother of his late step-sister Deana Shakley. Mr. Sproull graduated from Allegheny-Clarion Valley High School in the class of 1961 and earned his Bachelor’s Degree from Albuquerque University in New Mexico. While in the Army, Jim served two tours of duty in Vietnam, one tour in South Korea and served a total of twenty-one years for his beloved country. Jim was a decorated Airborne Ranger, retiring as a Major. While serving in Vietnam, Jim was wounded by a rocket-propelled grenade but continued his decorated service. While in the military Jim was awarded three bronze stars, a purple heart, and numerous other military awards while serving his country with dignity, pride, and love. Jim was married to the late Sandra Jean Klingler (Sandy) until her unfortunate passing on April 15, 2004. Jim is survived by his son, James R. Sproull II of Richmond, Va and his brother, Robert A. Sproull (Skip) of Prattville, Al. Jim was an excellent father and brother, always took life seriously, was an inspiration to all who knew him and loved his orange soda. Jim was an avid collector of signed, first-edition books on a variety of subjects and will leave a legacy for his son James to follow. Jim will be sadly missed by all who knew him. Arrangements are being made for a memorial service. Please check back soon.

The family of James Richard Sproull created this Life Tributes page to make it easy to share your memories.

Send flowers to the Sproull family.