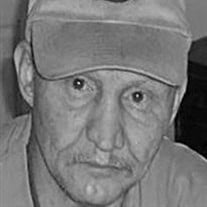 James “Bonehead” Hindman, 57, of Clintonville passed away after a brief illness on Friday, July 19, 2019, at Trinity Living Center in Grove City. Born August 5, 1961, he was the son of the late Paul and Emogene Kifer Hindman. Jim was a 1981 graduate of Moniteau High School and was United Methodist by faith. After high school, Jim was employed as a cook for many years, worked at a meat cutting plant in the midwest and served in the US Air Force. He loved fishing, being outdoors, enjoying good times with his family and friends and a diehard Steelers, Pirates, and Penguins fan. Jim was employed as a cook over the years at The Plaza, Parker House Hotel, Otto’s Tavern, and Mike’s Laugh-Inn Jim is survived by one brother, Don Hindman of Emlenton; three sisters, Janet Hiatt of Celina, Texas, Susan (Raymond) Dunkle of Kennerdell, and Barb (John) Painter of Hershey; 20 nieces and nephews; and 24 great-nieces and great-nephews, and one great-great-nephew. In addition to his parents, Jim was preceded in death by his sisters, Mary Louise Gold; Sandra Elias; and Karen Crisman; and his brothers, Larry Hindman and Ken Hindman. Celebration of James life will be held at the H. Jack Buzard Funeral Home in Parker, PA (201 S. Wayne Ave.) on Saturday, July 27 from 10am to 1pm where a memorial service will begin at 1pm. VFW and American Legion of Parker will conduct services at 12:45 PM Saturday at the funeral home. He will be laid to rest in the Eau Claire Cemetery. In lieu of flowers, the family suggests memorials in Jim’s name to the American Cancer Society at a chapter of donors' choice.

The family of James "Bonehead" Hindman created this Life Tributes page to make it easy to share your memories.

James “Bonehead” Hindman, 57, of Clintonville passed away after...

Send flowers to the Hindman family.