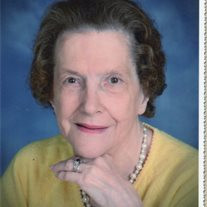 Helen Louise Weckerly (Shoup), 83, of West Freedom (Parker), PA., passed away at the Shippenville Healthcare and Rehabilitation Center Sunday afternoon April 30, 2017. Helen was born in West Freedom on July 15, 1933. She was the daughter of the late Samuel R. and Dorothy Elizabeth Whitmore Weckerly. Helen was a graduate of the former Allegheny Parker High School. She later worked as an Inspector in the shipping and packaging department for the former Parker Glass Containers Corp., for 25 years before the company closed down. She was married to the late Frederich Shoup on July 19, 1996 and who preceded her in death in 2005. She was a member of the West Freedom United Methodist Church as well as the United Methodist Women of the Methodist Church. Helen was a go getter and always on the move. She was considered to be a "busy body" and was always in motion. She loved to travel and especially go on vacations with her children visiting places such as North Carolina, Ohio and Missouri. Helen would go wherever she could. When she wasn't traveling with her children she could be found helping at the senior center in Rimersburg. She was fond of crossword puzzles, flowers and especially enjoyed studying the Bible.  Helen is survived by two dauthers: Linda M. (William) Holiday of Emlenton; and Shelly Jean (Billy) Hill of North Olmstead, OH. Three sons: John Robert (Patti) Weckerly of Fordland, MO.; Kevin D. (Valerie) Weckerly of Emlenton; and Timothy R. Weckerly of Parker.  Eleven Grandchildren; Twenty One Great Grandchildren; and Seven Great-Great Grandchildren. Two sisters: Ruth Ann Messenger of Clintonville; and Norma J Connor of New Bethlehem. One brother: Samuel H. Weckerly of Parker. As well as numerous nieces and nephews. In addition to her parents and husband, Helen was preceded in death by Two sisters: Lillian Guntrum and Ethel Callander.; as well as Two Brothers: Daryl and Joesph Weckerly.

Helen Louise Weckerly (Shoup), 83, of West Freedom (Parker), PA., passed away at the Shippenville Healthcare and Rehabilitation Center Sunday afternoon April 30, 2017. Helen was born in West Freedom on July 15, 1933. She was the daughter of... View Obituary & Service Information

The family of Helen Louise Weckerly created this Life Tributes page to make it easy to share your memories.

Send flowers to the Weckerly family.