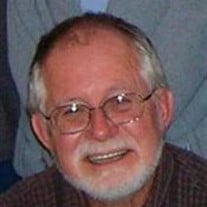 HARRY LEE SLOAN, 66, of Eau Claire, PA passed away Saturday evening, October 6, 2012, at Sunnyview Home in Butler following a brief illness. Born in Eau Claire on March 23, 1946, he was the son of the late Donald R. (Shin) and Genevieve Zimmerman Sloan. Harry graduated from Moniteau High School and received a B.S. in Education from Slippery Rock State College (now University) and a Masters of Education from Clarion State College (now University), and briefly taught public school in the Franklin, PA area. A Vietnam veteran, he attained the rank of Sergeant in the U.S. Army from which he was Honorably Discharged. Harry worked as a cook for many years on river barges operating between Pittsburgh and New Orleans. He was part-owner of the Hooker Cider Press and Stove Store in Hooker, PA, as well as a similar operation on Route 8 south of Butler, and also earned a real estate license and worked in real estate sales for a period of time. Harry spent the latter half of his career as an over the road truck driver, first for J. B. Hunt Trucking and then for Heartland Express, retiring from Heartland Express after over eighteen years of service. Harry most enjoyed travelling, making extensive trips to Central and South America and Europe, as well as travelling throughout the U.S. and Asia. He also enjoyed horticulture and landscaping and designed, planted and maintained numerous gardens around his home. Surviving are three brothers: Richard Sloan and Robert (Susan) Sloan of Eau Claire and Donald Ray (Dorothy) Sloan of Emlenton, as well as his nieces and nephews of whom he was most proud: Cynthia Sloan, Richard Mark Sloan, Deborah Trinidad, Mechelle Sloan, Melissa Brewer, Dennis Michael Sloan, Stephen Sloan, Jason Sloan, Justin Sloan, Jacquelyn Sloan, Donald Sloan, Jr., Donna Rogers and David Sloan, and several Great-nieces and nephews. Harry was also survived by a large number of wonderful friends. In addition to his parents, Harry was preceded in death by three brothers: Edward, Russell and Dennis . Family and Friends may call from 2-4 and 6-8 Wednesday at H. Jack Buzard Funeral Home, 201 So. Washington St., Eau Claire. Funeral services will be held at 11:00 AM Thursday in the funeral home.

The family of Harry Lee Sloan created this Life Tributes page to make it easy to share your memories.

Send flowers to the Sloan family.