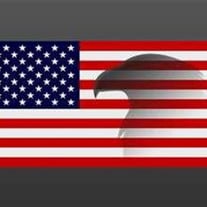 HAROLD R. PERKINS, 85, of Olmsted Falls, Ohio, formerly of Clarion Co., passed away Tuesday evening (06-17-14) at Renaissance Care Center, Olmsted Falls following a brief illness. Born in St. Petersburg, Pa. on May 2, 1929, he was the son of the late Raymond Henry and Annie Black Perkins. He was a retired employee of General Motors of Ohio, member of the UAW, and was an honorably discharged veteran of the U.S. Army. Surviving are a daughter, Mrs. Robert (Vickie) Moss of Garrettsville, Ohio and two sons: Roger Perkins of Auckland New Zealand and Randy Perkins of Olmsted Falls, OH; a number of grand and great-grandchildren; two sisters: Sally Chase and Alice Mae Fulton, both of Pennsylvania, and a number of nieces and nephews. In addition to his parents, he was preceded in death by his wife, the former Virginia Jean Bowser. Also preceded by sister, Bertha Green, and brothers Raymond, Henry and Clifford Perkins. Friends may call from 5-8:00 PM Saturday at H. Jack Buzard Funeral Home, 201 So. Wayne Ave., Parker, Pa. (16049) and from 12:30 to 2:00 PM Sunday. Funeral service at 2:00 PM Sunday at funeral home with Rev. Ken Hughes, United Methodist minister, officiating. Interment will follow at Perryville Cemetery, near Parker. VFW and American Legion Posts of Parker will conduct services at 1:45 PM Sunday at funeral home.

The family of Harold R. Perkins created this Life Tributes page to make it easy to share your memories.

Send flowers to the Perkins family.