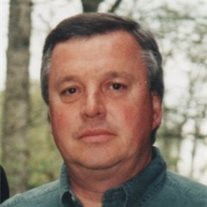 EDWARD R. “Ed” SAY, 72, of Shippenville, Pa. passed away Tuesday morning (06-05-18) at the emergency room of Clarion Hospital of natural causes, after being stricken ill suddenly at his residence. Born in Brockville, Pa. on May 17, 1946, he was the son of the late Perc (Pershing) and Mildred H. Wallace Say. He was a 1964 graduate of Allegheny-Clarion Valley School District, and  a 1968 graduate of Penn State University at State College. During a thirty six year career in the banking profession, he studied finance and banking procedures at various college institutions in a post-graduate capacity. A veteran of the U.S. Army during the Viet Nam Era, Ed had the honor, appreciation, and distinction of serving at Ft. Myer, VA. where he performed the capacity of Sentinel at the Tomb of the Unknown Soldier at Arlington National Cemetery. Following the military service, he began the thirty six year career in banking rising to Sr. Vice-President of Commercial Lending with S&T Bank in Clarion from where he retired in 2010. Through his banking positions, he worked to support local businesses, both small and large, in the Clarion County area.  He was eager to assist those interested in agriculture as well as revitalizing existing business operations.  Ed was very instrumental in bringing the fiberboard industry to the Clarion area. One of his great interests was operating his family working- farm caring for his cattle and caring for the field crops. His great hobby was golf from high school through his retirement. He enjoyed great golf trips in the United States with friends, and especially the golf tours with brother Bill.  He was a former member over the years at Foxburg, Pinecrest, and Wanango Country Clubs. United Methodist by faith, Ed was a longtime member of Clarion Rotary, a present board member of the Clarion Free Library, and an active member of the Fryburg Sportsmen Club.   Surviving are his wife, the former Deborah Carrier, two sons Matthew Say of Shippenville and Brett (Monica) Say of Lansing, MI., brother William “Bill” Say of Oil City, and a number of nieces and nephews.   At Ed’s request, there will be no visitation or funeral service. The H. Jack Buzard Funeral Home of Parker is assisting the family at this time.   If desired, family and friends may make memorials in Ed’s honor to the Clarion Free Library, 644 Main St., Clarion, Pa. 16214.

EDWARD R. &#8220;Ed&#8221; SAY, 72, of Shippenville, Pa. passed away Tuesday morning (06-05-18) at the emergency room of Clarion Hospital of natural causes, after being stricken ill suddenly at his residence. Born in Brockville, Pa. on May... View Obituary & Service Information

The family of Edward R. Say created this Life Tributes page to make it easy to share your memories.

Send flowers to the R. family.