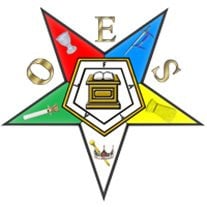 Eleanor Stewart McMillin, 92, of Parker, PA., passed away quietly early Sunday (3/18/18) morning at the Parker Personal Care Home. Born on November 1, 1925 in Freeport, PA, she was the daughter of the late James Addison and Emma Keener Stewart. Her mother Emma died when she was 2 ½ yrs old. Eleanor was raised by her late Great Uncle and Aunt, the late Charles M. and Ida Gibson Myers, as their own, in Bruin, PA. Eleanor attended Bruin School graduating in 1943 and then graduated from Indiana State Teacher’s College, now University in 1947. She then began working as an Elementary School teacher for Parker City, Allegheny Twp., staying with the same school district, later as the Librarian and substitute teacher until her retirement in 1982. Eleanor was married to the late Harry E. McMillin, Jr., whom she married June 24, 1949, making Parker, PA their home until his passing May 19, 2011. Eleanor, a member of the First Presbyterian Church of Parker, was active in the Women’s Association, Sunday School teacher, and Ordained Elder. She was also an active member and Past Matron of the Parker City Chapter #60 Order of the Eastern Star, until her health prevented. Eleanor is survived by daughters: Patty (Ron) Monaco of Land O Lakes, FL., and Connie McMillin of Paige, TX.: Grandson: Lance Texter of Austin, TX., Granddaughter: Claire McMillin-Albin of Paige, TX., and Great-Grandchildren: Hayden, Kevin, and Lucy of Paige, TX. One sister: Jane Sweeney of Freeport, PA. In addition to her two sets of parents and husband, she was preceded in death by five brothers. Memorial donations may be made in Eleanor’s honor to the First Presbyterian Church of Parker or a charity of choice.

The family of ELEANOR (STEWART) McMILLIN created this Life Tributes page to make it easy to share your memories.

Send flowers to the McMILLIN family.