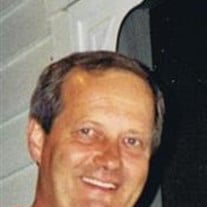 DENNIS L. PENNINGTON, 65, of Parker went home to be with his Lord and Saviour Thursday morning (11-24-11) at UPMC-Presbyterian in Pittsburgh following a heart seizure suffered in his home on Tuesday. Born in Parker on April 20, 1946, he was the son of the late Lawrence and Frances Mary Patterson Pennington. A veteran of the Viet Nam Conflict, he served with the U.S. Army in Viet Nam attaining the rank of SP/5. He was awarded the NDSM, Viet Nam Campaign and Service Medals with 1960 device, two Overseas bars, and the Marksman Badge (M-14). Denny was dedicated to veterans organizations serving the Veterans of Foreign Wars Post 7073 of Parker as a life member and past commander. He served as Armstrong County VFW Commander and 26th District Commander. He served the American Legion Post 598 as a life member and past commander. He was a former Clarion County Commander of the Legion and later the 27th District Commander of the Legion. Following the military, he worked at the former Pullman-Standard Co. of Butler until its closing in the early 80's. He then was employed as traffic manager of both the Montgomery Tank Lines and the Mason-Dixon Truck Lines, both at firms in Parker. He was employed for nearly fifteen years as a salesman for the J.M. Beatty Automotive Co. of Eau Claire. Denny then worked for Parker Personal Care Home where he gained a solid reputation as a cook for the residents as well as the employees. He was a member of the Parker City-Allegheny Valley Lodge F. & A.M. #521, the New Castle Consistory, Zem Zem Shrine of Erie, and the Clarion County Shrine Club. Denny was of the United Methodist faith. A quiet gentleman by nature, he was dedicated to his family and his country. Surviving are his wife, Linda Barger Pennington whom he married June 6, 1970; two daughters: Melinda and Michelle L. Pennington, both of Parker; one son Greg and wife Mary of Pittsburgh; six grandchildren: Morgan, Natalie, Lee, Michael, Danielle,and Mary Beth; two sisters: Mrs. George (Gail) Ramsey of Eldorado and Pamela Frazer of Petrolia; three brothers: Douglas (Kim) Pennington of Parker, Jeffrey (Linda) of Bruin, and Brian (Roxanne) of Petrolia; number of nieces, nephews, and cousins. In addition to his parents, he was preceded in death by a brother, Thomas, and an infant brother. Friends may call from 6-8 PM today (Sat.) and from 2-4 and 6-8 Sunday at H. Jack Buzard Funeral Home, 201 So. Wayne Ave., Parker. Funeral services 11:00 AM Monday from Parker United Methodist Church with Rev. Ken Hughes, pastor, officiating. Burial in Perryville Cemetery. Members of F. & A.M. Lodge #521 will conduct Masonic Memorial Service at 6:00 PM Sunday in the funeral home. VFW and American Legion Posts of Parker will assemble at 10:30 AM Monday the Parker United Methodist Church to pay full military honors to departed comrade.

DENNIS L. PENNINGTON, 65, of Parker went home to be with his Lord and Saviour Thursday morning (11-24-11) at UPMC-Presbyterian in Pittsburgh following a heart seizure suffered in his home on Tuesday. Born in Parker on April 20, 1946, he was... View Obituary & Service Information

The family of Dennis L. Pennington created this Life Tributes page to make it easy to share your memories.