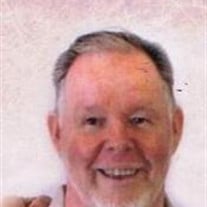 DAVID A. TERWILLIGER, 66, of Boyers went to be with his Lord and Saviour Thursday evening (01-16-14) at his residence surrounded by his loving family. His passing was following a courageous battle with cancer. Born in Butler County on March 12, 1947, he was the adopted son of the late Harry H. and Elmira E. Shawl Terwilliger. It is important to note that David and his brother Larry of Parker, also adopted by the Terwilligers, met and became very close with their eight blood siblings a number of years ago. Including David and Larry, there were five boys and five girls in the original family, many of whom live in various parts of the United States. He was a 1965 graduate of Allegheny-Clarion Valley School Dist. at Foxburg, and during the Viet Nam Era served with the U.S. Navy, from which he was honorably discharged. He was employed for a number of years as an electrician for the former Koppers Chemical Co. of Petrolia. David was a member of the New Testament Baptist Church of Butler. An avid hunter and reader, he held a very high passion for old cars, both restoring them and attending as many old car shows as time permitted. But his true passion was loving and caring for his beloved wife, children, and grandchildren, as well as practicing his faith in Jesus Christ. Surviving are his wife, Karen McGinnis Terwilliger whom he married in Parker on August 27, 1966; three sons and wives: Jason (Becky) Terwilliger of Butler, Adam (Brady) Terwilliger of Parker, and Marcus (Tara) Terwilliger of Slippery Rock; six grandchildren; brother and wife: Larry (Bonnie) Terwilliger of Parker; mother-in-law Veda McGinnis of Eau Claire; number of nieces and nephews. In addition to his parents, he was preceded in death by a special aunt, Annie M. Terwilliger. Friends may call from 2-4 and 6-8 PM Sunday at H. Jack Buzard Funeral Home, 201 So. Washington St., Eau Claire. Funeral services will be held at 11:00 AM Monday in the funeral home with Rev. Steve Fisher of the New Testament Baptist Church officiating. Burial will be in Eau Claire Cemetery. Members of the VFW and American Legion Posts of Parker will conduct services at 10:45 AM Monday in the funeral home.

DAVID A. TERWILLIGER, 66, of Boyers went to be with his Lord and Saviour Thursday evening (01-16-14) at his residence surrounded by his loving family. His passing was following a courageous battle with cancer. Born in Butler County on March... View Obituary & Service Information

The family of David A. Tewrwilliger created this Life Tributes page to make it easy to share your memories.

Send flowers to the Tewrwilliger family.