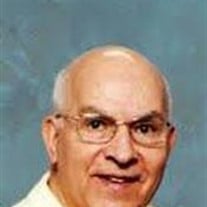 Rev. DAVID A. BAILEY, 82, of Perryville, Parker entered eternal rest with Jesus Christ early Saturday morning (11-26-11) at UPMC-Northwest in Seneca following a brief illness. His passing follows that of his wife, Marian, by twenty days (11-06-11). Born on September 24, 1929 in Rimersburg, Pa., he was the son of the late William Grant, Jr. and Garnet Irene Hay Bailey. He was married to the former Marian E. Kriebel on January 8, 1950, and she entered eternal rest on November 6, 2011. A graduate of Union High School at Rimersburg, he then attended and graduated from Anderson College (now University) in Indiana with a B. S. Degree in History and Bible. He did post-graduate work at Clarion State College (now University). In early years, he worked for a period of time at Solar Electric in Warren, Pa. Entering full time ministry with the Church of God (of Anderson), he served pastorates in Marienville (2 yrs.), Indiana, Pa. (7 yrs.), Vandergrift, Paa. (6 yrs.) and retired from Erie-Pine Avenue in Erie, Pa. (3 yrs.). Following full time pastoral service, he served as a minister of visitation at Park Hill Church of God in West Freedom until health issues prevented that ministry. David's witness for Jesus Christ attested that he was truly a servant of God. He is survived by a daughter: Robin (John) Peters of Tylersburg, Clarion Co, Pa. and a son: Mark A. (Patricia) Bailey of Indianapolis, IN. He is survived by one brother: Rev. Mike (Ann) Bailey of Marianville, three grandchildren, three great-grandchildren, and several nieces and nephews. In addition to his parents and beloved wife, he was preceded in death by siblings Ellen Snyder, Clarence and William James Bailey. David and Marian were also preceded in death by a son, David Paul Bailey in 1982, and a daughter, Rita Jo Bailey in 1978.

The family of David A. Bailey created this Life Tributes page to make it easy to share your memories.

Send flowers to the Bailey family.