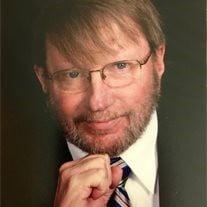 BARRY STEVEN “Steve” BARGER, 67, of East Brady, Pa. passed away early Saturday afternoon (01-23-16) at his residence of natural causes. Born in Butler, Pa. on February 15, 1948, he was the son of Helen E. Bowser Barger of Country Springs at Clarview in Sligo, and the late John W. Barger who passed away Oct. 30, 2013. Steve was a 1966 graduate of Allegheny-Clarion Valley School at Foxburg. He served with the 1st Cav. Div. of U.S. Army in Viet Nam from 1968 to 1970. Honorably discharged with then rank of SP/5, he earned the NDSM, VN Service Medal, and the Viet Nam Campaign Medal with 2 Overseas Bars. Barry Steven Barger attended Park Hill Church of God at West Freedom. He was employed over thirty years with Indespec Corp. (formerly Koppers) at Petrolia retiring in 2002.  He has worked as a pipe fitter and later as an instrument technician. Mr. Barger was also a member of the United Steel Workers of which he served as secretary for several terms. In retirement, he enjoyed travel, spending time with family and friends, fishing, and golfing. He is survived by a son and wife, Barry Scott and Renae Barger of Cabot, his mother, his companion and very dearest friend Nancy Rupert of Chicora, his brother John Nelson “Ned” Barger of Parker, and a number of aunts, uncles, and cousins. This obituary contains a number of corrections that were inadvertently written in the original newspapers, and this now is written corrected and placed in the Progress News with apology for misleading information. Friends were received Tuesday afternoon at Buzard Funeral Home in Parker, and funeral services were conducted at 4:30 PM with his pastor Eric Mitchell of Park Hill Church of God officiating.  The VFW and American Legion Posts of Parker conducted services Tuesday also at the funeral home.  Interment will be in Mt. Calvary Cemetery at Dutch Hill at family convenience.

The family of Barry "Steve" Barger created this Life Tributes page to make it easy to share your memories.

Send flowers to the Barger family.