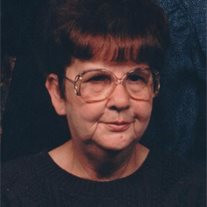 BARBARA A. LOWERS, 74, of Allegheny Twp., Parker passed away at 2:20 PM Sunday (07-17-16) at UPMC-Presbyterian, Pgh. following a lengthy illness. Born in Parker Twp., Butler Co. on June 28, 1942, she was the daughter of Laurene Bowser of Washington Twp. who survives, and the late Arnold LeRoy Bowser. She was married on Dec. 28, 1963 to Richard “Dick” Lowers who survives. Barb was protestant by faith, and was totally devoted to her family. She was a 1974 graduate of Butler Beauty School, and had owned and operated beauty shoppes in Petrolia and Parker. Barb was involved with providers of Christmas charity for foster children, and was once named Foster Parent of the Year for Butler County. She was an avid bingo player and bowling league member. In addition to her husband and mother, she is survived by the following children:  Danny Roxbury, David (Tiffany) Lowers, Crystal Anthony,Sarah Lowers, Robert Hamilton Lowers, Mitchell and Derrick Lowers; three grandchildren: Leah, Trapper and Hayden Lowers; siblings:James (Mary) Bowser, Liz (Ben) Lowers, Sarah Curdo, Nancy (Carl) Marano, Tracy Bowser, Ron (Tammy) Bowser, Gary (Ginnie) Bowser, and Marcella (Mike) McConnell; brother-in-law Dennis “Butch” Lowers, and a number of nieces and nephews. In addition to her father (died 1993), she was preceded in death by the follow siblings: Arnold “Bud”, Lawrence “Lonnie”, Jerry, Allen, and Charles Bowser. Friends may call 2:00 to 4:00 and 6:00 to 8:00 PM Wednesday at H. Jack Buzard Funeral Home, 201 So. Wash. St., Eau Claire where funeral services will be held at 8:15 PM.  Private burial will be at family discretion. In lieu of flowers, the family suggests memorials in Barb’s name to charity of choice

BARBARA A. LOWERS, 74, of Allegheny Twp., Parker passed away at 2:20 PM Sunday (07-17-16) at UPMC-Presbyterian, Pgh. following a lengthy illness. Born in Parker Twp., Butler Co. on June 28, 1942, she was the daughter of Laurene Bowser of Washington... View Obituary & Service Information

The family of Barbara A. Lowers created this Life Tributes page to make it easy to share your memories.

Send flowers to the Lowers family.