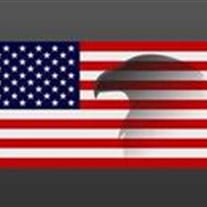 ALBY E. "Junior" HAGAN, 83, of Parker passed away Wednesday evening (12-26-12) at Allegheny General Hospital in Pittsburgh following a brief illness. Born in Perry Township (Hagantown), Clarion Co. on July 26, 1929, he was the son of the late Alby and Nora Belle Armstrong Hagan. He was a 1948 graduate of the former Parker High School. Alby was inducted into the U.S. Army on Feb. 5, 1952 and honorably discharged from the Korean Conflict on Nov. 4, 1953. While serving in Korea, he was awarded the Combat Infantry Badge, the Korean Service Medal with three Bronze Stars, the United Nations Service Medal, and the Good Conduct Medal. He attended the Leadership Course at Ft. Dix, NJ, and was a Corporal at the time of discharge. He was a Life Member of VFW Post 7073 and a member of the American Legion Post 598, both of Parker. Alby participated in all Memorial Day Parades and Funeral Services as long as health permitted. He served as Officer of the Day at the VFW Post for over twenty years. Mr. Hagan worked over forty years in the glass bottling industry, beginning with the former Wightman Glass and Bottling Co. at Parker, and retiring in January 1987 from Diamond-Bathurst Glass Co. at Reno, Pa. He was a member of the Parker City VFD and the Armstrong Co. Firemens' Assn. Alby was a member of the Parker United Methodist Church. Surviving are his wife, Patricia Jean "Pat" Mottern Hagan whom he married Nov. 22, 1953; two daughters and husbands, Debbie Hagan Jackson and Mark of Emlenton and Tina Hagan Heeter and Rick of Jonesboro, GA.; one son, Alby W. Hagan of Parker; seven grandchildren and six great-grandchildren, and a number of nieces and nephews. In addition to his parents, he was preceded in death by a son, Jeffrey N. "Jeff" Hagan on Jan. 7, 2008, a daughter-in-law Kathryn A. "Kathy" Hagan on Jan. 4, 2008, and a brother, Robert Hagan. Friends may call from 7-9 PM Friday and 2-4 and 7-9 PM Saturday at H. Jack Buzard Funeral Home, 201 So. Wayne Ave., Parker. Funeral services will be held at 2:00 PM Sunday in the funeral home with Rev. Ken Hughes of Parker United Methodist Church officiating. Burial will follow at 9:00 AM Monday morning at Perryville Cemetery, near Parker. Members of VFW and American Legion Posts of Parker will conduct Veterans Memorial Service at 1:45 PM Sunday at the funeral home.

ALBY E. "Junior" HAGAN, 83, of Parker passed away Wednesday evening (12-26-12) at Allegheny General Hospital in Pittsburgh following a brief illness. Born in Perry Township (Hagantown), Clarion Co. on July 26, 1929, he was the son of the late... View Obituary & Service Information

The family of Alby E. Hagan created this Life Tributes page to make it easy to share your memories.

Send flowers to the Hagan family.