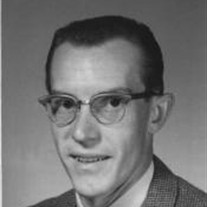 Alan Gay Bickel, 76, of Sun City, Arizona died unexpectedly Tuesday, July 10, 2012. He was born to the late Francis G. and Viva L. (Bruner) Bickel on May 5, 1936 in Hovey Township, Armstrong County, Pennsylvania. Alan graduated from Parker High School in 1954 and received a B.S. in Education/Industrial Arts from California State Teachers College in 1958. During that year, he spent several months in Burley, Idaho working on his uncle's ranch. He taught Industrial Arts at Parker Area Joint High School from 1958 through 1961. In 1962 Alan moved to Ft. Meyers Beach, Florida and taught 6 months at Fort Meyers High School. Alan married Gail Monroe in 1963 and the couple re-located to Warren, Pennsylvania where Alan taught at Warren Area High School. In 1965 he moved to Girard, Pennsylvania and taught Industrial Arts at Rice Avenue High School for 8 years. Alan received a Master's of Science degree in Industrial Arts from the State University of New York in 1972. In 1974 Alan accepted a position at the Northwest Tri-County Intermediate Unit #5 where he coordinated the transportation of special needs children from their residences to educational facilities in Erie, Crawford, and Warren counties. He also developed a streamlined system for supplying educational materials to special needs classrooms. In 1978 Alan received a Master's of Education from Edinboro State College. On sabbatical the same year, he moved to Tallahassee Florida for one year where he worked on his doctorate at Florida State University. He remained at the Intermediate Unit until his retirement in 1991. For 18 years Alan and Gail wintered in Sun City, Arizona. In 2010, the couple made Sun City their permanent residence. Alan served as president of the Jaycees. He was a member of Lake Erie Lodge #347 Free and Accepted Masons and the Zem Zem ShrineTemple where he was an active member of the Motor Corps. Alan was a member of First Presbyterian Church in Girard, PA and attended First Presbyterian Church in Sun City, AZ. He enjoyed travel, carpentry, and fishing, and was an avid golfer for many years. Alan is survived by his wife Gail; two daughters, Dianna (Mike) Torta and Denise Adams; one grand-daughter, Abigail; two sisters, Alice Kay Moorhouse also of Sun City, AZ and Elinor Snow; several nieces and nephews; and many friends. The family is requesting donations be made in Alan's name to the Crohn's and Colitis Foundation of America, ccfa.org.

The family of Alan Gay Bickel created this Life Tributes page to make it easy to share your memories.

Send flowers to the Bickel family.